The well-known game League of Legends proposed to its fans to find out which member of the K-pop group K/DA they were between the 4 characters of the group, thanks to a personality test.

In order to imitate the functioning of a personality test, a StoryPly in 5 steps had been created and was based on the Conversational Card format.

This kind of operation allows you to adapt to any kind of scenario, such as a personality test, to propre a unique and personalized operation. Participants only had to answer to a series of questions before discovering which character of the K/DA group they were. 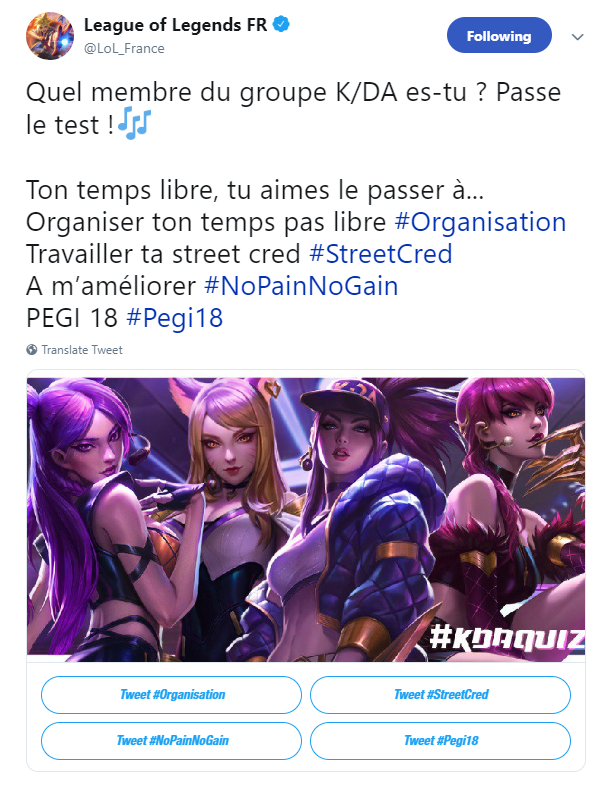 The steps were sent automatically and randomly. 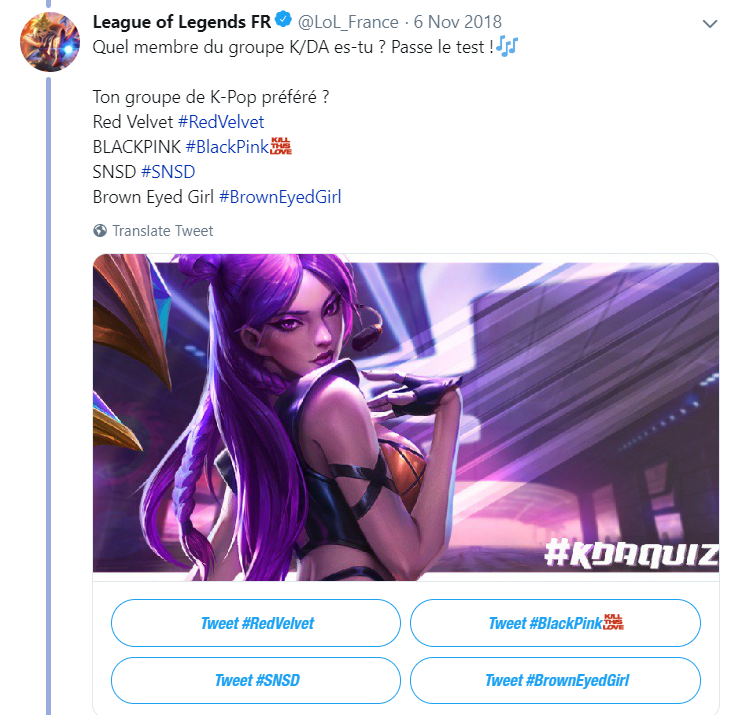 Once the personality test was completed, the participant received his/her result by tweet that depended on the previous answers he/she gave. 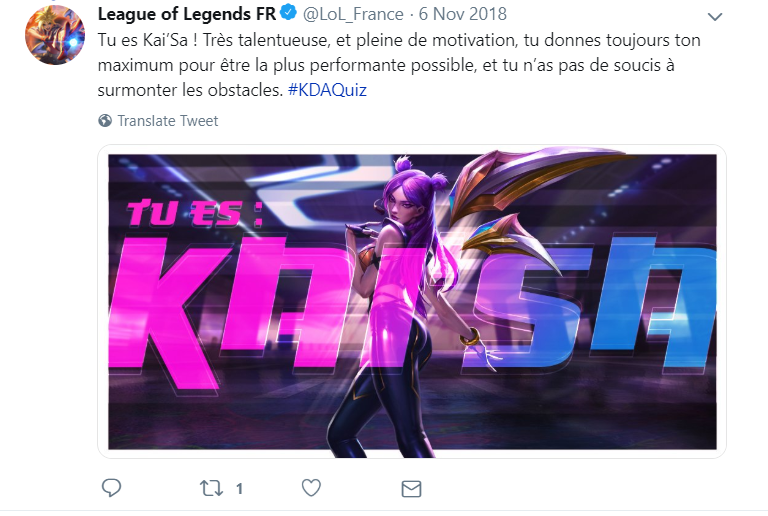 “We have been using Like a Bird to create the K/DA personality test, it was the first time that we were launching this kind of operation and it was a success from the creation to the official launch!

The tool is very simple to use and we had someone to help us all along the project, that also shared with us the best practices.

The mecanism was original and very effective to generate engagement. The League of Legends loved it and we did too !