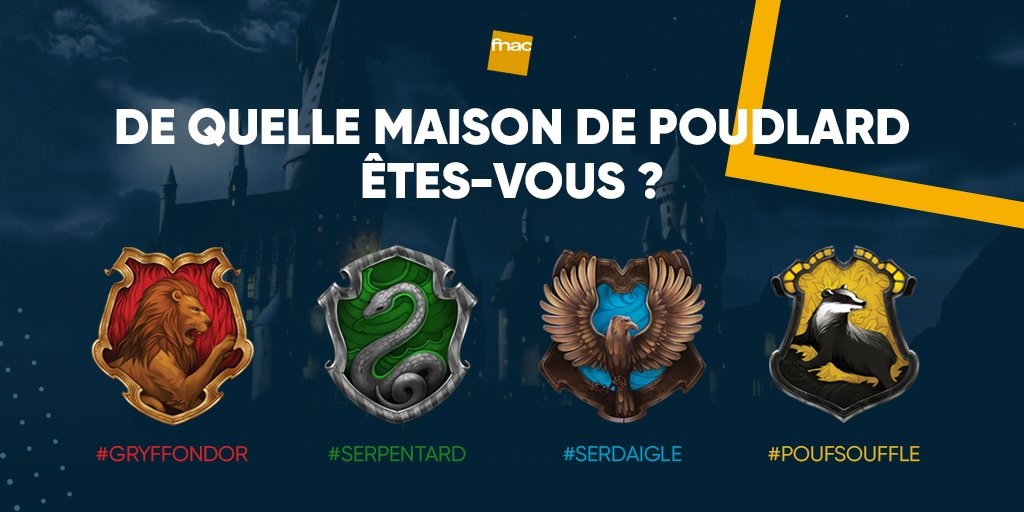 From which Hogwarts house are you?

From the 1st to the 5th February 2018, to celebrate the 20th birthday of Harry Potter (whose first book was released in 1998), the renowned french company Fnac (which sells cultural and high-tech products worldwide) gave the fans the opportunity of being attributed one of the 4 Hogwarts houses by the magic hat : Gryffindor, Hufflepuff, Ravenclaw, Slytherin

The operation, which has been based on a Bot-O-Reply mechanism and implemented on the Like a Bird platform, was not only a huge success with more than 18,000 participants and 1,500,000 views, but it also attracted a record figure of highly qualified participants (even potential influencer), without any prize to win!

Indeed, the operation relied on a script perfectly suited for a Bot-O-Reply, with simple rules, allowing the participants to quickly dive into the Harry Potter magic world, creating a growing interest for the operation as a result.

This kind of operation is used to automatically send pre-registered answers to participants who tweeted with a specific hashtag while mentioning the organizer account. It is possible to plan up to 20 different answers, that will be sent randomly.

To participate, all you had to do was to answer the announcement tweet with the #ChoixpeauFnac

For the #HarryPotter20thAnniversary, answer to this tweet with the hashtag #ChoixpeauFnac so that the magic tweet will assign you one of the 4 houses! Muggles may be surprised…

Each participant would then automatically receive his/her personalized answer (one of the 4 Hogwarts houses) presented as a GIF included in a tweet listing the different values of the attributed house.

Courage – Boldness – Strength – Bravery – Determination. You are : a Gryffindor

Up to 4 GIF had been pre-configured for the same house, which allowed a wide range of answers.

A surprise awaited the participants within the 12 pre-configured answers : the magic hat could randomly assign them the Muggle status.