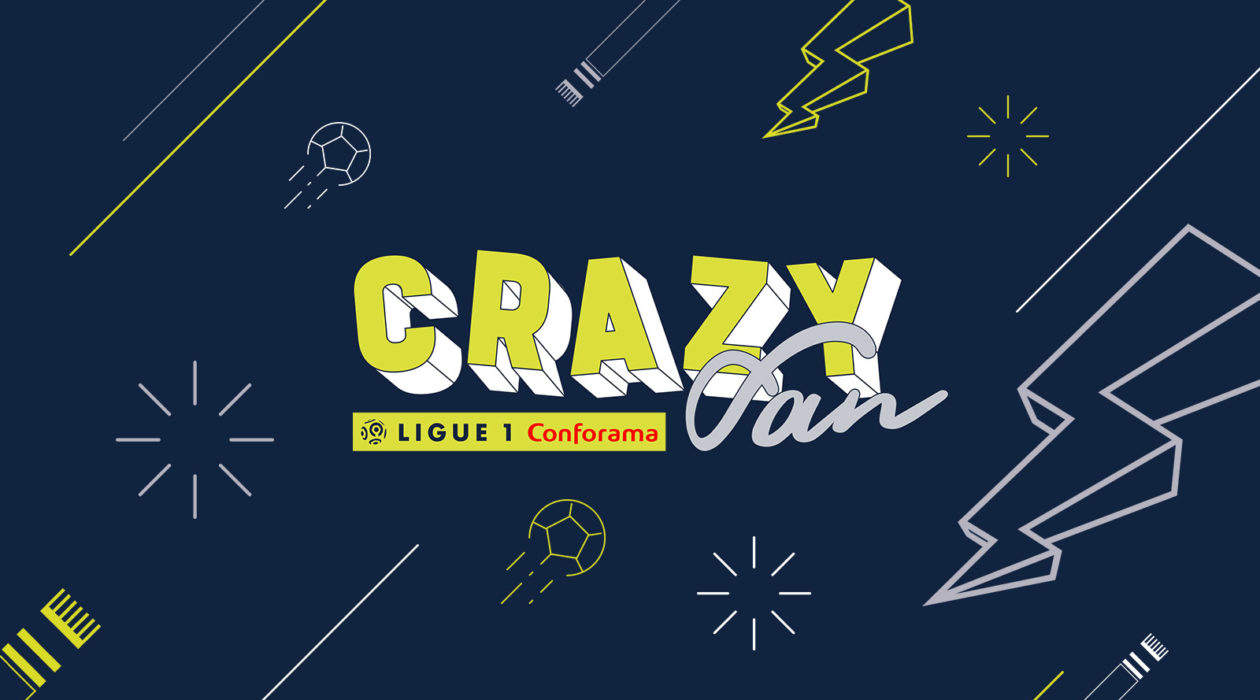 To elect the Crazy Fan of the Ligue 1 Conforama, the agency La Fourmi requested Like a Bird to allow football fans to vote. To this end, the agency of the LFP used a Bot-o-Reply Premium with a Conversational Card as an annoucement tweet, making it easier for the participants to vote.

The Bot-o-Reply Premium is an operation that allows to answer to participants that send you a twet with a specific hashtag, keyword or emoji. For each of these options, it is possible to configure up to 20 different answers that the bot will then randomly send.

In this operation, a Conversational Card had been configured to vote. 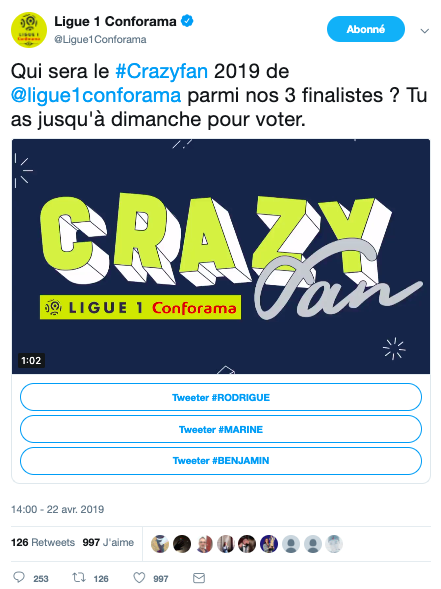 The tweep only had to click on the button of his/her choice to vote. He would then receive an answer from the bot, depending on his/her vote.

To avoid a participant to participate multiple times, the agency La Fourmi had activated the option “Limit the number of valid participations” on the platforrm likeabird.io. This options allows to count only the first participation of a tweep (his/her first vote). If a tweep decided to vote again, he would receive an answer from the bot, but his/her vote would not be taken into account.

The Conversational Card : the advantages

For an operation with a vote system, the Conversational Card is very useful for two reasons :

After clicking on one of the Conversational Card’s buttons, a pre-configured tweet (made by La Fourmi) showed up. The participant would then only have to click on the button “tweet”. This is interesting when the hashtag of the operation is a bit long or has a specific spelling.

In a Bot-o-Reply Premium, to record the participation of a twitto (here, his/her vote), he/she have to include in his/her tweet : @Ligue1Conforama + the hashtag of his/her choice (here #Marine, #Rodrigue ou #Benjamin).

2/ One participation for each tweep

Once the tweep have used the Conversational Card, it will appear without the buttons.

The advantages of the operation

Testimony of Kimkhi NGuyen, Head of Digital at La Fourmi

“Like a Bird allowed us to create this campaign quickly and in a native way on Twitter. The tool gives all the functional benefits to manage this kind of operation and the support from the teams has been very valuable.”